Along the coast of northwest Portugal, lies a city most popularly known for its port wine production. The city of Porto Portugal has more to offer than its delicious beverage, it is a city rich in architecture including bridges, gardens, and cathedrals. The Riverside district features medieval era cobblestone streets that guide you through a myriad of cafes and merchants. One of Europe’s oldest cities, the center of town was named a UNESCO world heritage site in 1996. The magnificent charm of the colorful homes and even more colorful people make Porto the ideal stop for your next trip to Europe. Still not convinced? Here are the Top 20 Historical Landmarks in Porto.

Port Wine is the most distinguished export in Porto, so no trip would be complete without sampling some of the best the region has to offer. There are plenty of wine cellars to choose from throughout Porto. A great place to start your experience may be a trip to the Port Wine Museum, where you can learn about the origins of port wine production and trade. Then head off to taste the notable wineries. Many are family owned and even date back to the mid-1700’s.

A stunning garden display can be found at Crystal Palace Gardens. The palatial setting draws you into the mixture of green hedges and aromatic flora. Walk among the winding pathways and take in the sweeping views of the Douro River. A beautiful picture spot with pristine fountains and roaming peacocks. The garden is open daily and free to the public.

Overlooking the city, the Porto Cathedral has stood on watch since being constructed around the 12th and 13th century. The architecture highlights the Romanesque influence combined with baroque and gothic architectural stylings. Porto’s oldest monument, the cathedral offers visitors a glimpse into the old world with handcrafted stained glass windows and sculptures, and hand painted scenes depicted on ceramic tiles. Most notably though is the view from the terrace outside the church.

Bridges have always been a sign of accomplishment for any city, and Dom Luis I Bridge is no exception. Constructed of iron, the bridge connects Porto to Vila Nova de Gaia on the other side of the Douro River. Designed by a student of Gustave Eiffel, architect for the Eiffel Tower in Paris, this bridge was once hailed the longest iron arch bridge in the world. The bridge is pedestrian friendly and spectators will be treated to incredible views of the hillside cliffs along the river.

The São Bento Railway Station was once a Benedictine monastery up until 1916. Trains continue to operate, carrying hundreds of passengers daily between Porto and the neighboring areas. Take in the history of Portugal as its story unfolds along the 20,000 painted panel tiles expressing scenes marking historical events such as the Battle of Arco de Valdevez. 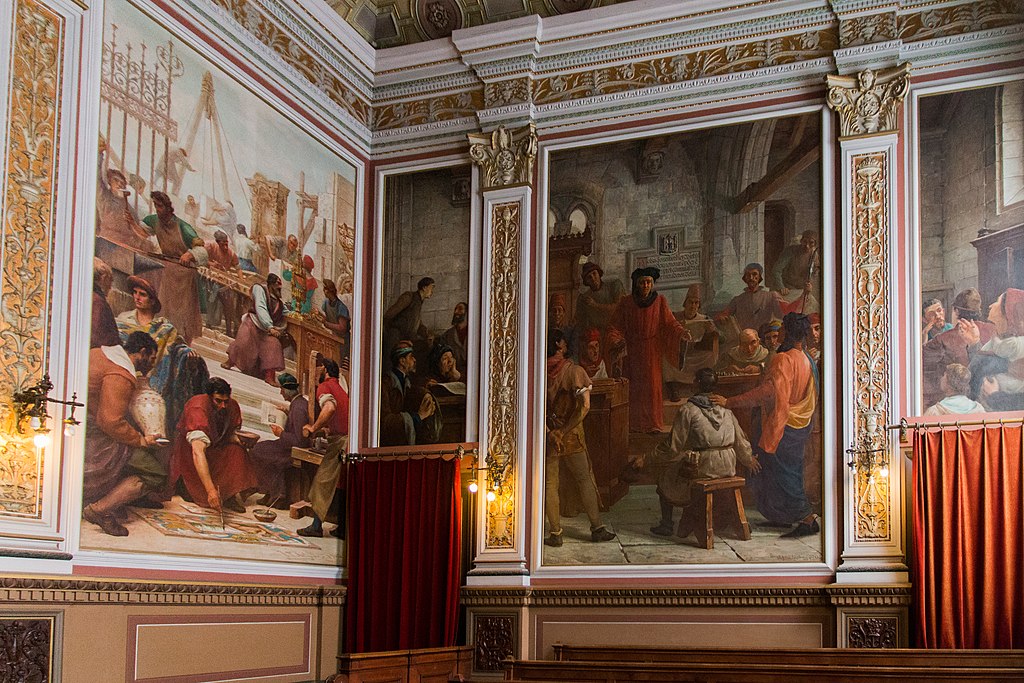 A historical trip to Porto feels truly complete after a visit to the Stock Exchange Palace. The architecture is a renowned example of neoclassical architecture. The Arabian Hall is ornately gilded and visitors are stunned to see the design which imitates that of the Alhambra Palace in Grenada, Spain. Admire the palace from the outside or pay a fee for a guided tour and learn about the history of the building and tour the interior rooms. 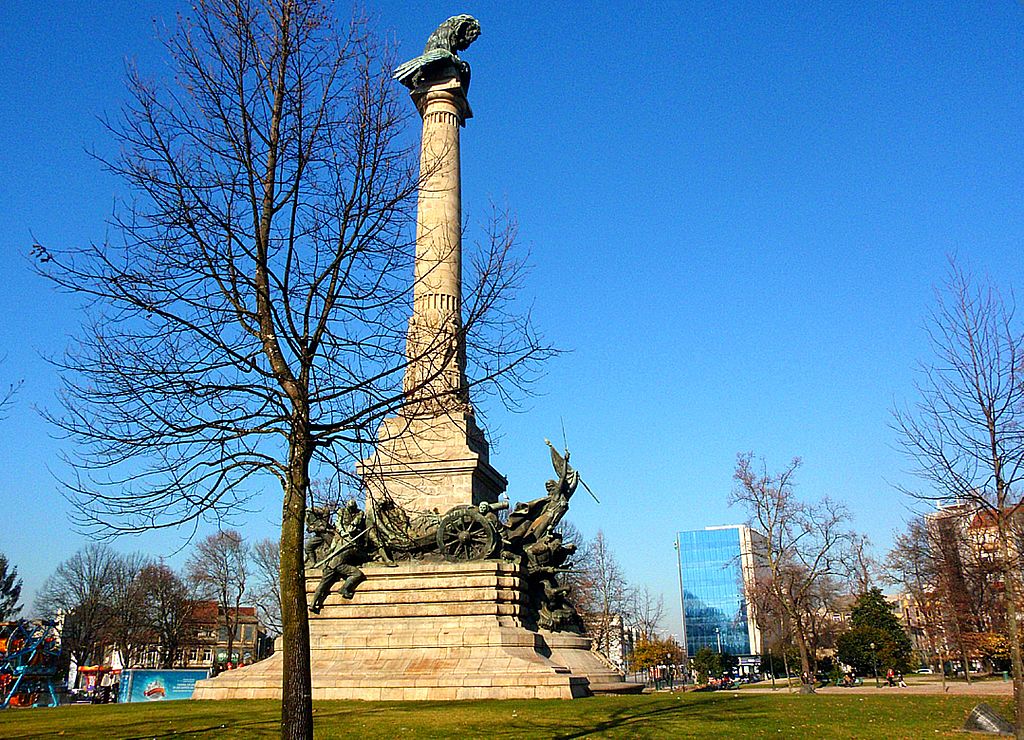 Walking around Porto, you may notice that statues are popular. Statues of Prince Henry the Navigator & Herois da Guerra Peninsular and the Monument to Dom Pedro IV are probably the most popular of the statues. History buffs will love the information provided at these wonders. The locals love to explain their history and the tales of these great humans. 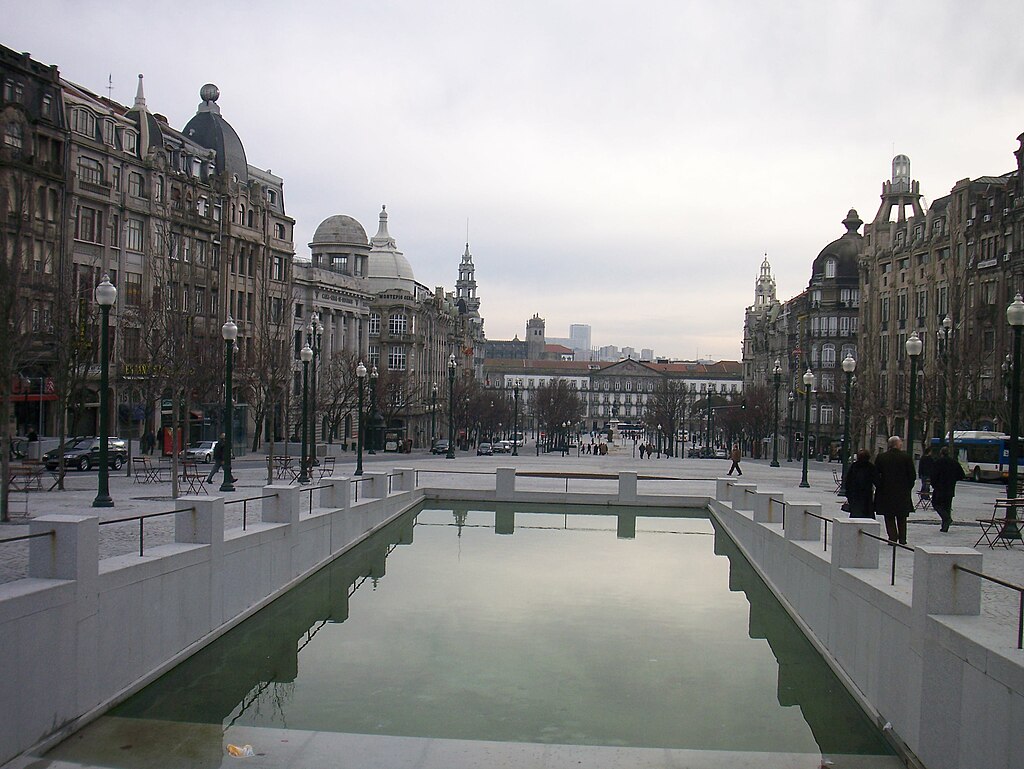 A must visit, the Avenida dos Aliados is the central route of Porto. Cafes, hotels, boutiques, and other services can be found dotted along the way. Impressive architecture and bustling atmosphere can be had or find a quiet cafe for a cozy spot to sip and read. Take in the vibrancy of Porto in street performers, festivals, and artistry. Wandering and people watching won’t cost you a thing and can be enjoyed any time of the day.

Gain an appreciation for the arts viewing the extensive collection of work home to the Museu Nacional de Soares dos Reis. The museum was the first art museum open to the public and its location was a former royal residence. The museum highlights work done by António Soares dos Reis, hence the name of the museum. “O Desterrado” (“The Exiled”), his most notable piece, can be found on display here. In addition, a wide array of Portuguese paintings and sculptures from the 16th to 20th centuries can be appreciated. 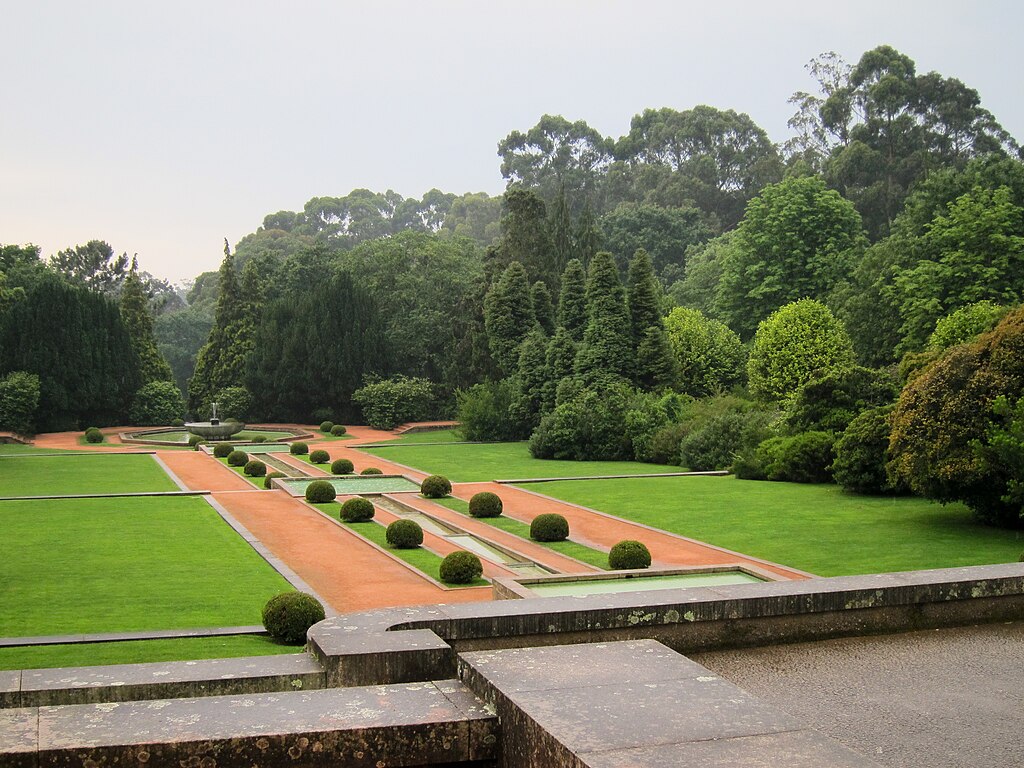 Art has the power to translate history in unique ways. The Fundação de Serralves is an art museum featuring contemporary works that highlight an awareness for cultural art that transcends public awareness. Since the 1930’s, the villa and park opened and was viewed by architectural historians as a significant example of art deco design. The museum features vigorous gardens filled with exotic flora. Check the schedule to see the variety of rotating art exhibits and programs offered. 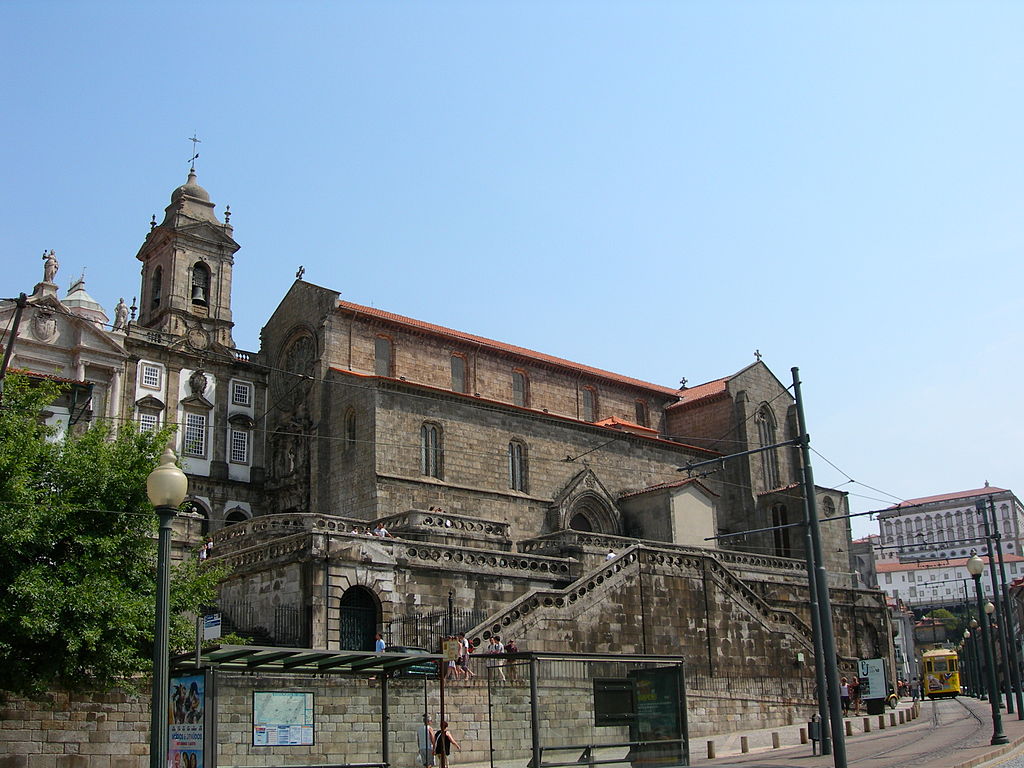 The extraordinary finery contained inside the Igreja de São Francisco is an example of baroque drama. The epic display of cherubs, statues, and monks coated in nearly 100kg of gold leaf–envelope you in the cold romance of the church. Walk through the eerie catacombs with sculptural works done by Italian masters looking upon you.

This porcelain factory was first founded in 1766 by Manuel Duarte Silva. Award winning ceramic production and tile painting was created here up until 1920 when a fire destroyed the property. The only two remaining furnaces are located in Avenida de Paiva Couceiro.

When visiting a market in Europe, the ideal goal would be to find an open-air market that gives us a sample of the foods and people that call the area home. In Porto, the Mercado do Bolhao is that destination. A sensory overload with an array of colors, fruits & vegetables never seen before, the freshest flowers and local meat available–the Bolhao Market is a hub for the people of Porto. 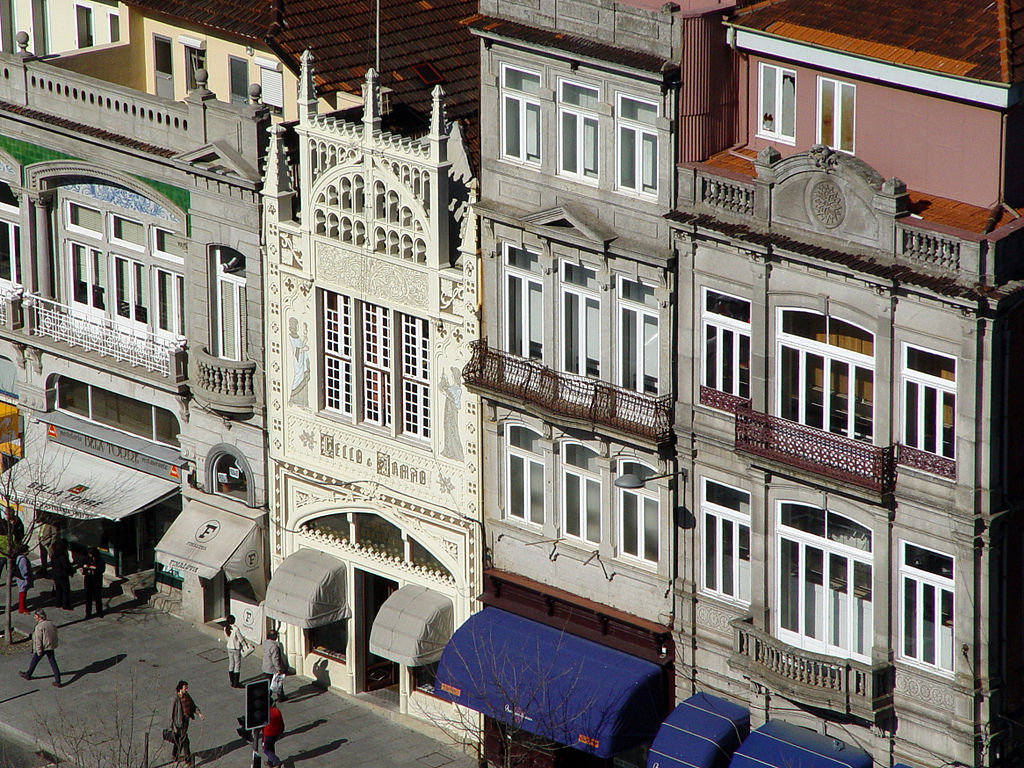 Bookstores may not be high on the list for many travelers fresh off their flights to Porto but a visit to Livraria Lello & Irmao bookstore will leave you breathless. The interior of the bookstore contains intricately carved wood paneling featuring tributes to science and art. A perfect example of the beautiful architecture that populates Porto, the bookstore also has a cafe for you to grab a coffee while perusing the shelves. Easily accessible by public transportation but beware, no photos are allowed inside. Purchasing photos is an option if you’d like to remember your visit, and you will.

Football in Portugal is wildly popular. National hero, Cristiano Ronaldo has wowed on the pitch all across the world. The noise produced by the 52,000 screaming spectators when he scores a goal is deafening. The experience is hard to describe unless visiting for yourself. While you may not be able to see Cristiano Ronaldo, you might be able to catch an FC Porto game. The local team is cheered on fiercely by loyal fans and is not to be missed.

House of the Prince (Casa do Infante) 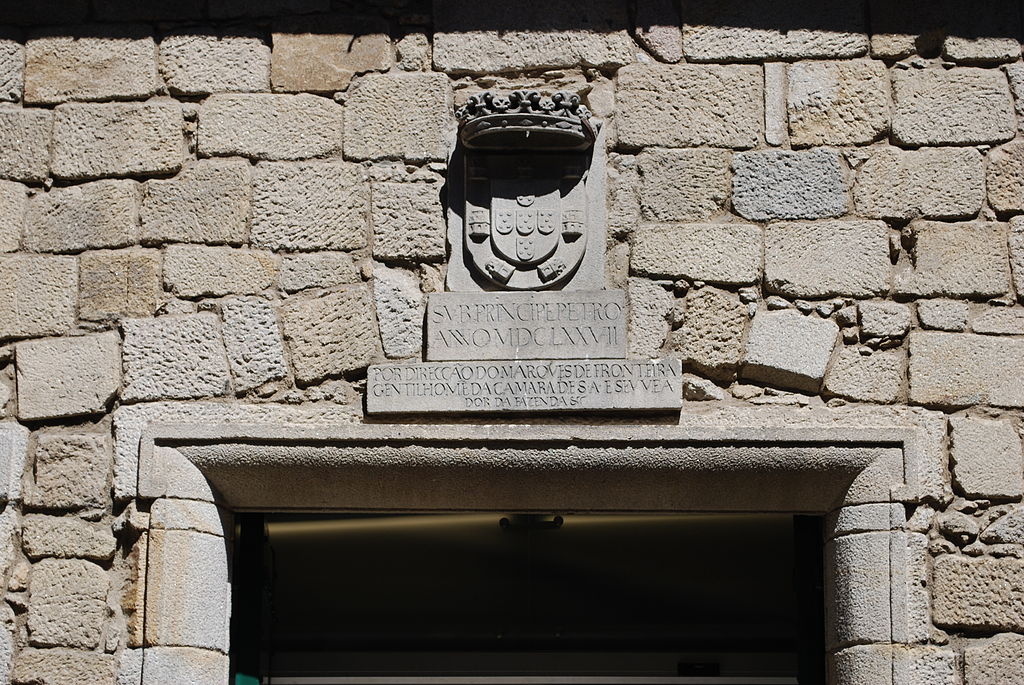 Built in the 14th century, Casa do Infante was once the medieval city of Porto’s customs and mint headquarters. Located in the historical UNESCO world heritage, Casa do Infante is rumored, through oral storytelling traditions, to be the birthplace of Henry the Navigator. Today it houses a museum in memory of the amazing explorers that have called Porto and Portugal home. 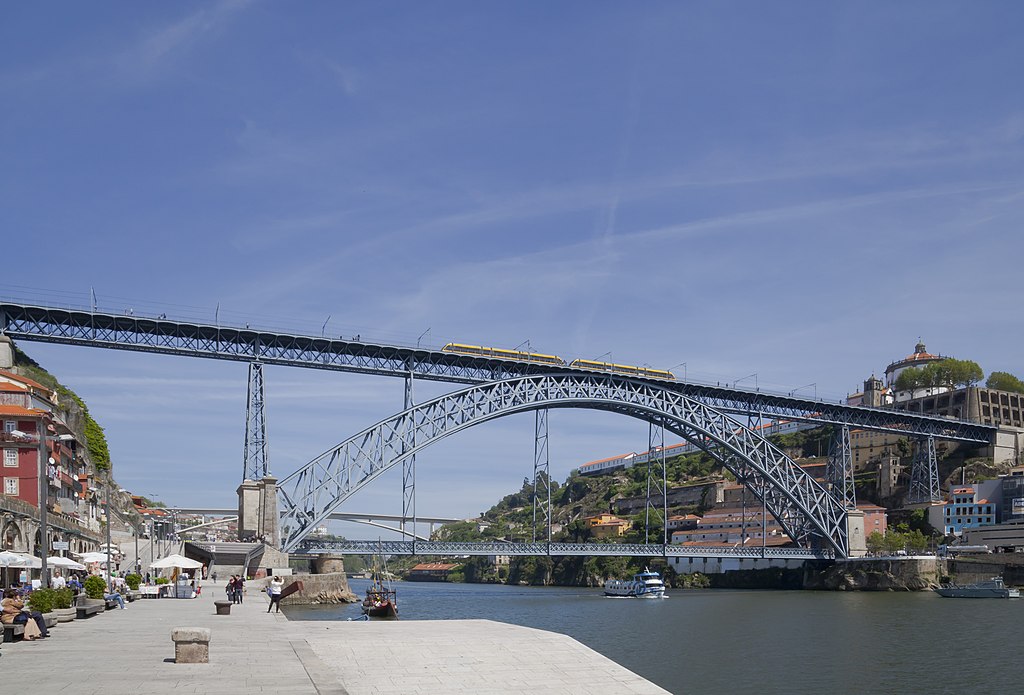 The place to be in Porto during the evening hours is the Cais da Ribeira. This elegant and romantic riverfront walk is full of charm and ready for the greatest people watching in Porto. Featuring one of the most spectacular views of the Douro river, the Cais da Ribeira is ideal for a night out at one of the expansive eateries dotting the area. It does get quite busy as the secret has been spilled about what makes this place so magical. 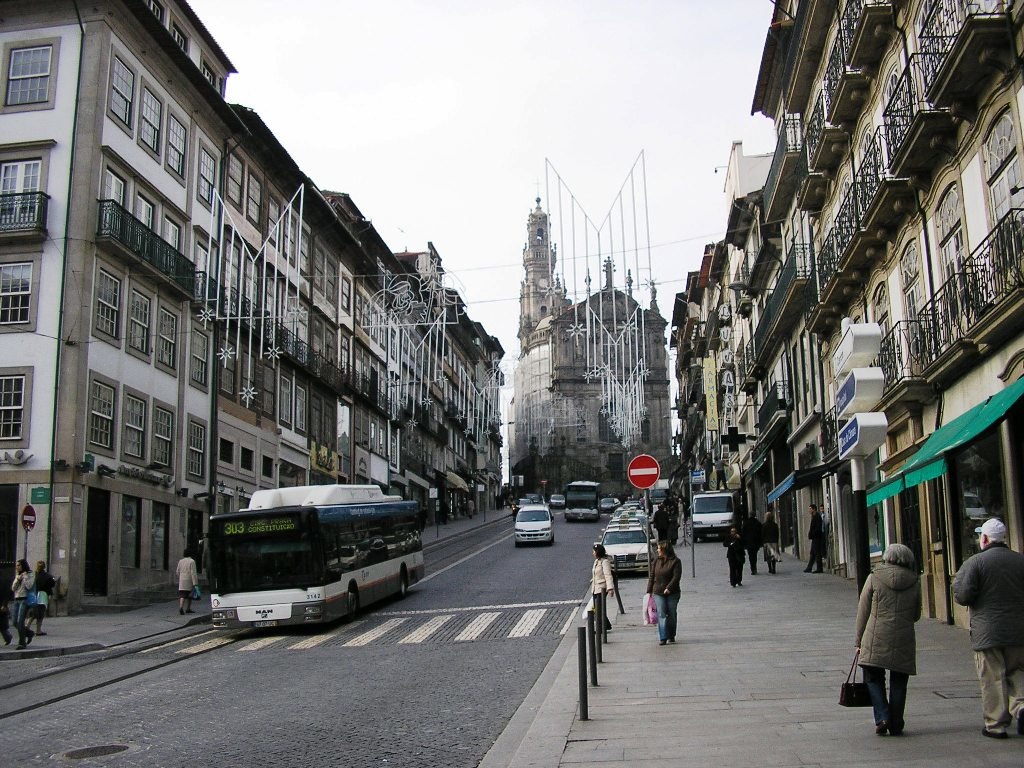 The undisputed king of the landmarks in Porto Portugal and a key reference point to the history of the city. The tallest bell tower in Portugal when it opened its doors in the year 1763. Built by the Italian architect Nicolau Nasoni, it was named a national monument in 1910. Exhibitions at the Clerigos include an in-depth profile of the Brotherhood of Clerigos, who amassed a collection of paintings, design, and jewelry of the 18th and 19th centuries. A terrific attraction to explore where religion flows with the world of art.

Proving that Porto was dedicated to a celebration of the arts, the Casa da Musica was conceived in 1999 to be a haven for artists to educate others about their craft. Meant to be a cultural hub for the musicians of Porto and Portugal itself, providing space for creators to communicate directly to an audience. Opening its doors in 2005, the Casa da Musica has emerged as an innovative project that has made an impact in the international music scene. Performances and concerts occur frequently so remember to look at the calendar prior to arriving. 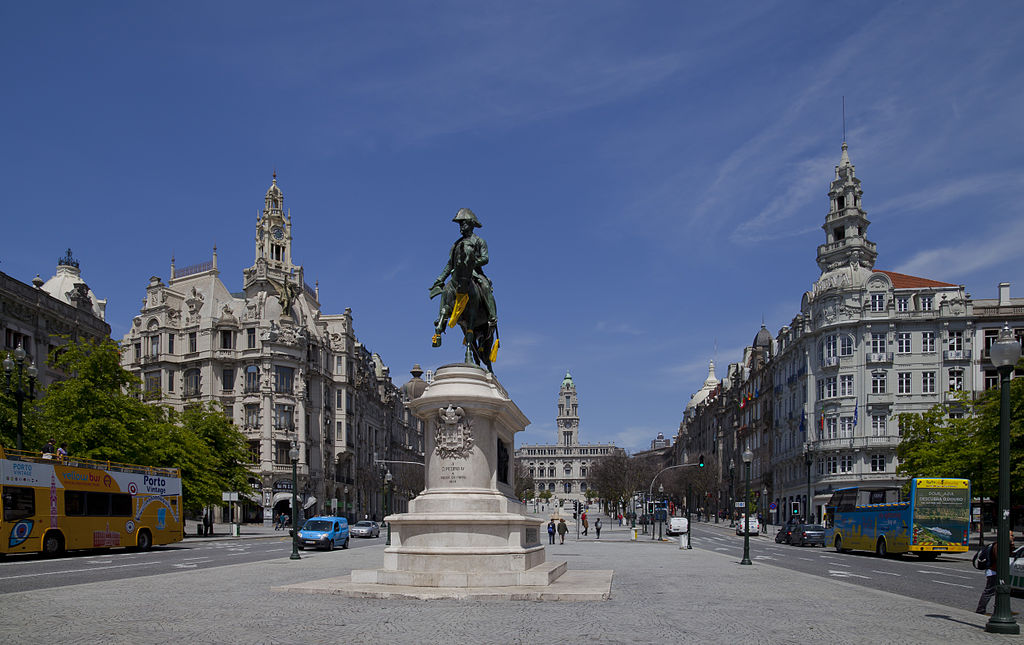 No trip to Porto is complete, or has technically even begun, until you visit to Liberdade Square. One of the busiest areas of the entire city, Liberdade Square is the cultural and historical center of Porto. The square is typically the first stop for many after using transfers from Porto airport to one of the hotels in Porto. Be sure to check the calendar for any of the festivals that occur when you are visiting. 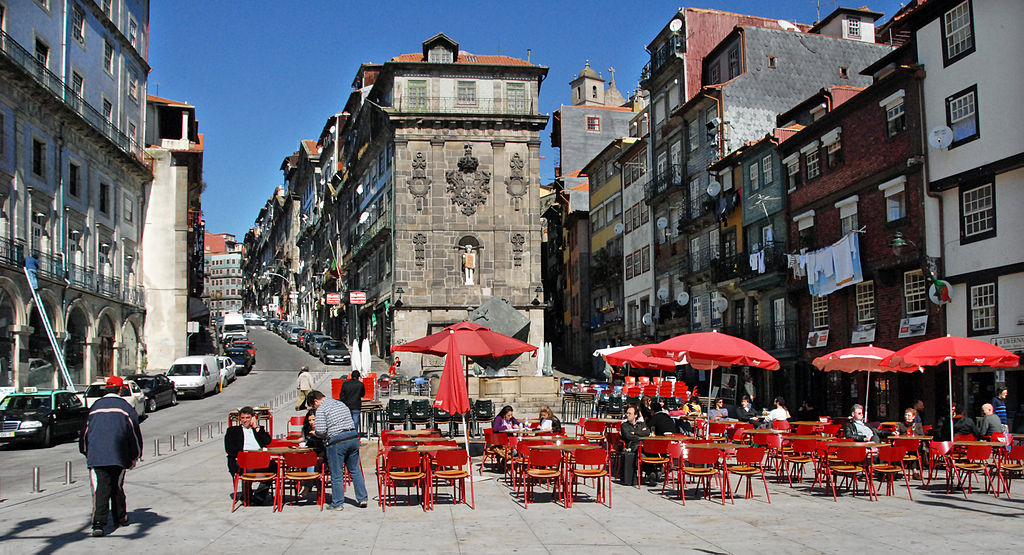 What Porto lacks in size, it more than makes up for in attractions. There is no shortage of things to do in Porto Portugal. Flights to Porto are easy to find. Transfers from Porto airport are readily available and the hotels in Porto offer amenities for any type of traveler. Whether you enjoy touring the medieval history of the church through one of the many cathedral tours or relaxing over an awe inspiring landscape while sipping a locally made port wine, Porto has something for everyone. Thank you for reading the Portoairporttransfers.uk blog.

Pay Online Or Cash On Arrival